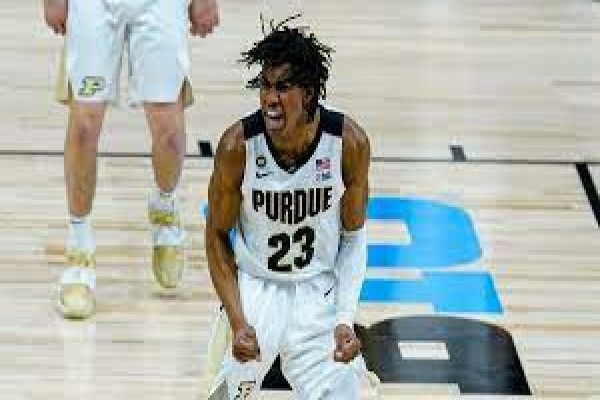 We don’t know what it is but there is something exciting about the up and coming generation of sports stars.

Here we look at those who could be the future of the NBA as we discuss the best college basketball prospects right now.

Picking the fifth best college basketball prospect is a tough one within this draft class because there are a lot of players hovering around this range; it could have gone a few ways. We, however, are going to go with Jalen Duren. He’s a freshmen center from Memphis.

He only gets to play 24 minutes a game for the team but he impresses on the court; he’s averaging three blocked shots per contest despite that fairly limited game time.

Duren is standing at 6’11, 250 pounds with a 7’5 wingspan. He hasn’t been consistent on the offensive end but he has all the raw attributes that could make him a star and we’re sure that everything will come together when he starts to work with more professional trainers in the NBA.

The Purdue sophomore Jaden Ivey is turning heads with his impact on team success. He has gotten Purdue up to number three in the current rankings and is doing so by contributing all over the floor. Ivey is shooting 29% from behind the arc on five attempts per game while simultaneously averaging 3.4 assists.

It is not just his current performance that has teams excited about this young man though. They’ll also look kindly on the fact that his development has ramped up significantly over a short period of time. Where is his ceiling? We’d suggest it’s high!

Next up in our list of the best prospects in college basketball is Jabari Smith. He is a player that is unlikely to drop past the third overall selection in the upcoming NBA Draft. Smith has over five 20 plus point games on the season and is shooting 45% from behind the arc.

It feels like Chet Holmgren has been around for a long time but, actually, he is in the middle of his first college season at Gonzaga. Holmgren really does everything that you could ask for as a forward/center combo. He is shooting around 78% on all two point attempts and has even shown a strong ability to knock down three pointers at an solid rate.

Not to mention the fact that he has somehow picked up 38 blocks in 253 minutes of game action in just this one season with the school. On top of all that, he has also has been a nice passer in fast break situations; Chet Holmgren has everything.

Topping our list of the best college basketball prospects right now is Paolo Banchero. A lot of teams will be quickly drawn to Duke star in this upcoming draft class. He isn’t the best shooter in the class at all but, regardless, he still has a tremendous ability to find ways to sink points. That is also impressive given his size because he is in the power forward range of 6’10. Banchero has attracted all of this hype in just his freshmen season at Duke! The sky is the limit right now for him, as he really could be a critical piece to any team in the NBA.

There you have it, the best college basketball prospects right now. Remember if you like sports, bet on NBA or if you prefer football betting check TwinSpires guide on betting the NFL this year.