Jayhawks Jump Up To 6th In Latest AP Top 25 Poll

The Kansas Jayhawks won both of their games last week, and it was enough to move up three spots in the latest AP Top 25 Poll

After falling down to the No. 9 spot last week, the reigning national champions moved up into the No. 6 spot. Houston (8-0) retained the top spot, with Texas and Virginia holding down the No. 2 and 3 positions, respectively. Purdue moved up one spot into fourth, and 9-0 UConn moved into fifth.

Kansas opened as the fifth-ranked team in Week 1. They jumped up into the No. 3 spot (behind only No. 1 ranked North Carolina and No. 2 ranked Houston) in Week 3, only to fall to No. 9 last week following a 64-50 home loss to Tennessee.

The Jayhawks rebounded from the upset loss by cruising to victories over Texas Southern (87-55) and Seton Hall (91-65) on Nov. 28 and Dec. 1, respectively. The two wins helped the Jayhawks improve to 8-1 on the year.

Kansas launched mobile/online and in-person sports betting in September, just in time for the NFL and NCAA football season. There are many special offers available to new customers if they sign up, including a risk-free wager of up to $1,000 from the BetMGM Kansas sportsbook.

Another thing to note: BetMGM has a partnership with the NFL’s Kansas City Chiefs, so there will be some unique offers/promos available to customers in The Wheat State. 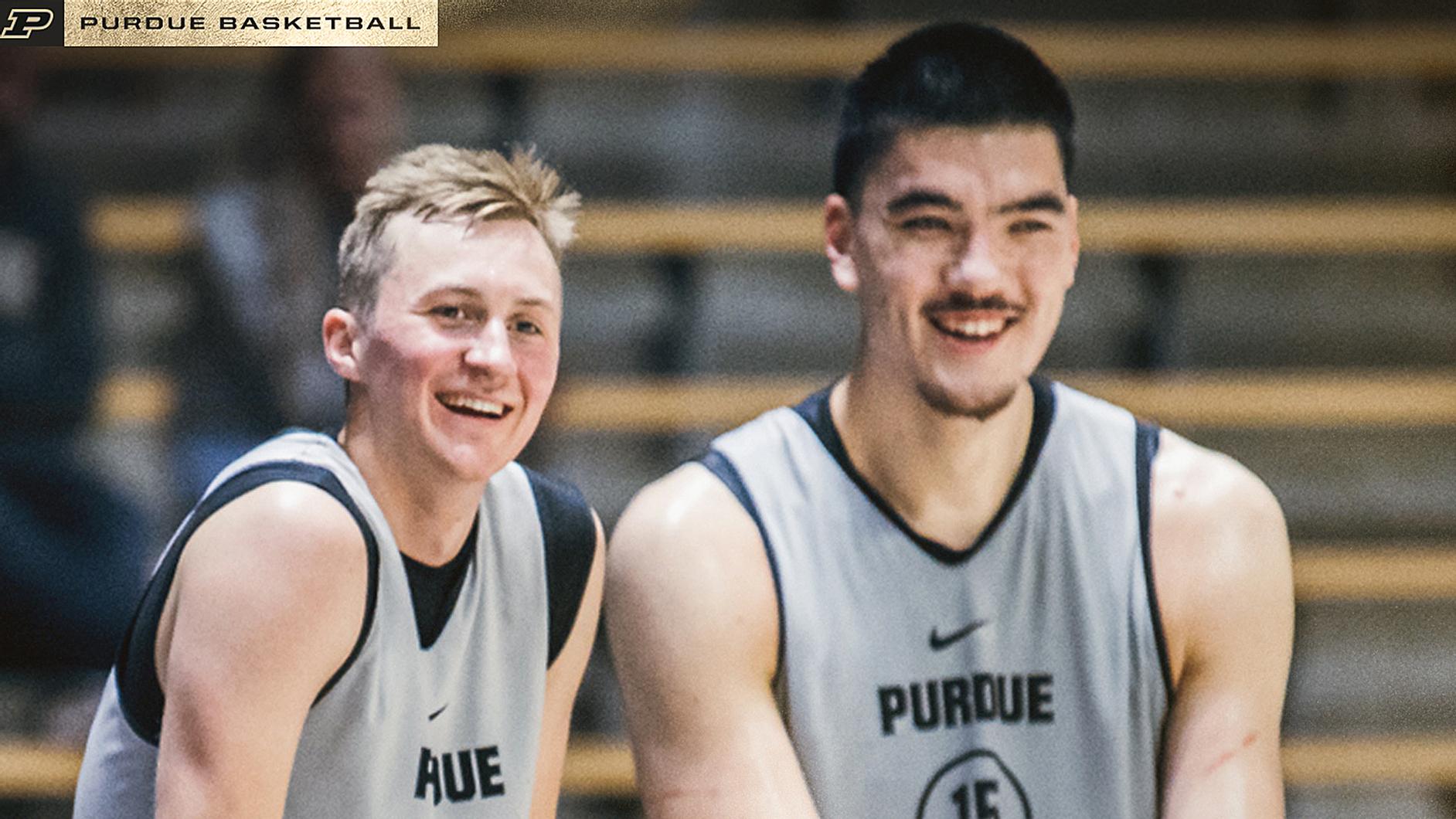 The 7-foot-4, 295-pound Edey is in his third season with the Boilermakers. The Toronto, Ontario native is having the most productive season of his collegiate career, having averaged 23.3 points and 12.8 rebounds per contest through his first eight games of 2022-23.

The 6-foot-4, 185-pound Loyer has been instrumental in Purdue’s scorching start to the 2022-23 season. Loyer averaged 12.4 points and 3.0 assists per game through his first eight contests, shooting 40.7 percent from the field.

Purdue jumped out to a perfect 8-0 start for the second straight year. Last season, they started out 8-0 before losing 70-68 to Rutgers for their first loss of the season.

The Boilermakers were the No. 3 seed in March Madness last season, but the dream campaign ended with a stunning 67-64 upset at the hands of Saint Peter’s in the Sweet 16. The Jayhawks went on to defeat North Carolina in the national championship game. 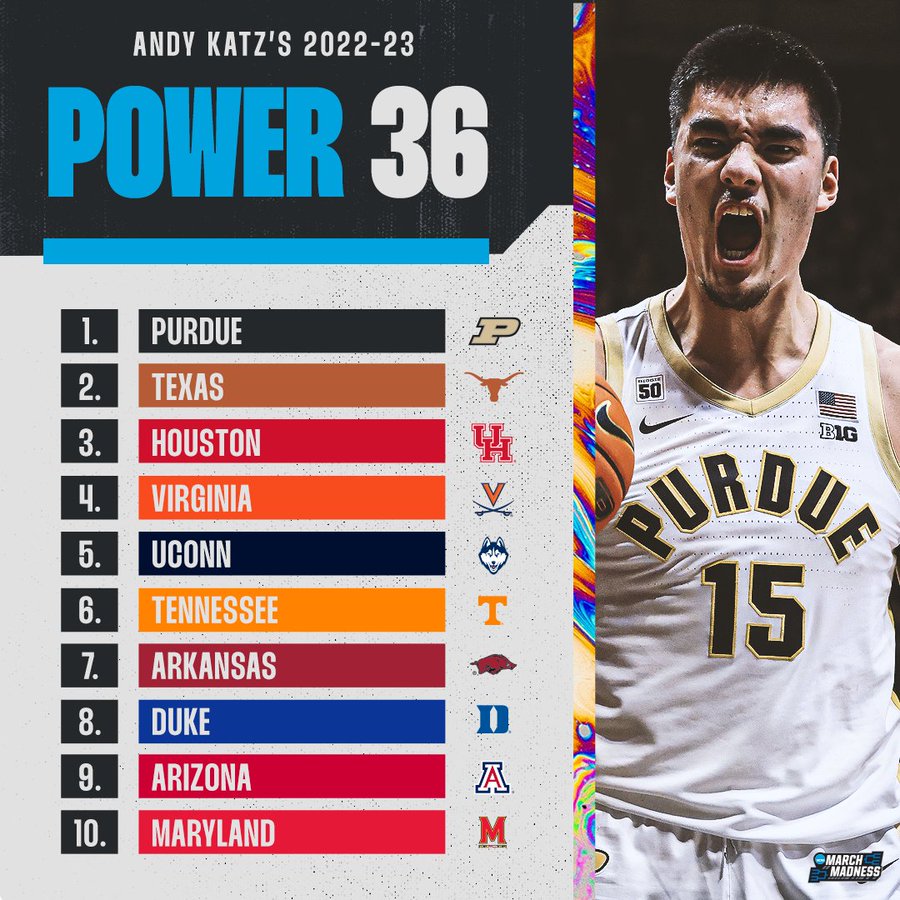 Katz released the updated list of his popular Power 36 rankings, and though Purdue remains at No. 1, there were plenty of notable changes. Among them: The defending champion Jayhawks dropped from 8th to 11th.

Texas moved up from No. 3 to No. 2, and Houston (previously No. 4) made the jump to No. 3. Virginia enjoyed the most significant jump of them all, as Katz placed them fourth just one week after having the Cavaliers at the 11th spot.

The Maryland Terrapins had a statement win over No. 16 ranked Illinois on Dec. 2 to keep their perfect record intact. They claimed the final spot in the top 10 on Katz’s list, moving up eight spots from the previous week’s ranking.

The Arizona Wildcats came in at No. 2 last week, but Katz dropped them down to ninth following an ugly 81-66 loss to Utah on Dec. 1. Arkansas, previously ranked 12th, moved into the top 10 by landing in the No. 7 spot.