Timme, Wong, Mathurin: The best players of the first two rounds of the 2022 NCAA Tournament 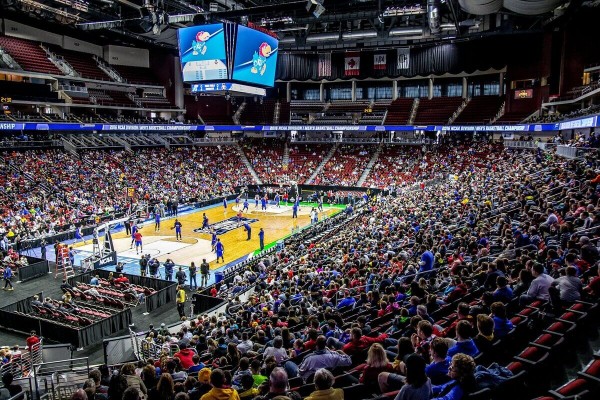 The NCAA Division I Tournament is already through the First and Second Rounds, with the beginning of Sweet Sixteen starting on Thursday, March 24, 2022, with one of the favorites to win the competition.

Indeed, the No. 1 ranked Gonzaga Bulldogs will take on the No. 4 seed Arkansas Razorbacks in the first match of this particular stage, and they will be a team that many will be keeping a rather close eye on.

The Bulldogs are a team that many believe will ultimately win the 2022 March Madness tournament this season after going so close last year, with those who can place a wager legally likely to have looked at them as a college basketball betting option that may provide them with the best opportunity of winning. Of course, there have been a number of shocks to have taken place throughout the competition in the First and Second Rounds, including the shock elimination of Baylor at the hands of Saint Peter’s recently.

However, another reason why many are expecting the Gonzaga Bulldogs to be the team to win the NCAA Division I Tournament this season is due to the fact that they have, arguably, the best player in the competition at the moment: Drew Timme. The forward has been exceptional for his college basketball program, but who else is amongst the best players to have played so far in this year’s March Madness?

Let’s take a look at some of them and highlight why they can be singled out as top performers and the best of the First and Second Rounds:

We will start off with Drew Timme as he is a player that we have already mentioned, but one with good reason, too!

The forward has been a superstar for the Bulldogs over his three years with the Gonzaga college program and has continually shown his importance, especially in this year’s March Madness competition.

Timme has been prolific when it comes to scoring baskets for the Zags, having averaged 28.5 points in his two games ahead of the meet with the Razorbacks. He netted 32 points against Georgia State before scoring an important 25 against Memphis when they looked as though they were heading out. Of the 57 points he has scored, an average of 21.5 of those have come in the second half of games, thus showing how clutch he has been and why he is one of the stars thus far.

Many would not have been expecting Miami (FL) to still be in the NCAA Division I Tournament at the Sweet Sixteen stage, as the Hurricanes were ranked lower than No. 7 USC and No. 2 Auburn, with the No. 10 seed certainly shocking everyone with their efforts! Strangely, they are ranked higher than their Sweet Sixteen opponent, No. 11 Iowa State.

None of this, though, would have been possible if it were not for the performances of Isaiah Wong, with guard having been exceptional on the court when it mattered for the college basketball program.

The 21-year-old managed to score 22 points in the First Round victory, before netting a further 21 points in their sensational victory over Auburn. His figures are incredible given that he has failed to make a 3-pointer thus far, too!

The Arizona Wildcats might be the No. 1 seed, but they only remain in the NCAA Division I Tournament because Benedict Mathurin has been able to produce a couple of clutch performances for his college basketball program.

Indeed, the shooting guard managed to ensure his team was not shocked by No. 9 TCU in the Second Round after he managed to score 30 points (Christian Koloko put up 28 of his own, too) in an effort that saw him send the game into overtime before netting six of the 10 points that were obtained to secure progression to the Sweet Sixteen stage.

It was not just that performance that made him stand out as one of the best players of the first two rounds, though, as he was impressive in the First Round when he scored 18 points against No. 16 Wright State.

Timme, Wong, and Mathurin have to be considered three of the leading contenders when thinking about the individuals who could be considered to be the best players of the first two rounds in this year’s March Madness.

Whether they will be able to help their teams progress and potentially win the 2022 NCAA Division I Tournament title is something that remains to be seen, but it is likely if any of the teams were, a lot of it would be down to one of these exceptional players.